and copyrights are used with 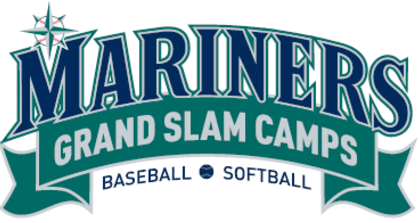 "My son attended the Grand Slam camp at Cirque Park, University Place, this week and he has hardly stopped talking about it. Clearly he had a great time" J.S.- Lakewood 2012 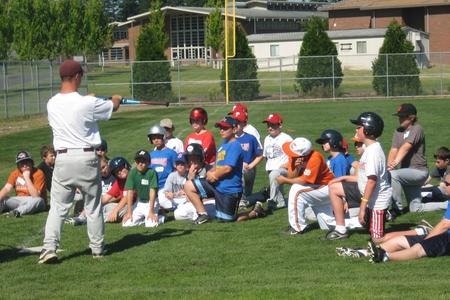 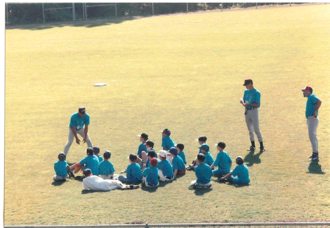 "What a great camp!! Thank you so much my kids loved this camp so much and learned a lot about the game!!!"

"Good Morning, Just wanted to let you know that I was very pleased with your camp!!  Brandy had a great time and learned a lot!!  The coaches were awesome!! We will see you next year." Thanks! Sumner 2012

"My Grandson just finished camp at Olalla.  Another wonderful year!  This is his third year and he learned soooo much once again.  All of your coaches are AWESOME!   There is so much pressure from playing All Stars, that we are glad the fun comes back in your camp, and he can remember the fun all year." Thanks again, L.C. 2006 South Kitsap

"Thank you very much for your quick response. My daughter is playing baseball right now in the little league with all girls baseball team which plays against boys team. Eventually she wants to move onto softball.  We are glad to find about your camp." Y.W. Seattle 2008

to the camp next week in Renton."Thanks, M. Covington 2008

"Hello, My son attended your camp in University Place

"My two sons are looking forward to next week's camp in Seattle. This will be their

3rd year of fun at Green Lake!This year, both are signed up for the whole day" P.H. Seattle 2011

"Thank you for providing such a great experience – both of our kids have done Grand Slam for years and look forward to it every summer!" M.B. Bainbridge Island 2010

"My daughters attended your camp last year and learned a lot.Thank you!" Kelly 2009 Tacoma

"My son, Cameron, loves your camp and would like to attend in Gig Harbor next week."Thank you! S.H. 2009

"Hello Coach and Grand Slam Camp Staff - I just wanted to send a quick note to say that my son Wyatt had a blast this year (again - his third year!) at Grand Slam Camp! Each day he came home excited about the new skills he learned, eager to show off his knowledge, and even ready to play ball (he had two night games and a practice this week too!). Thanks for another awesome summer camp - Wyatt can't wait to see you next summer!" M.J. Lake Tapps 2010

"Dear Grand Slam Baseball Camp staff,Our son Alex had a great time at the June camp in Seattle! With thanks!" W. Seattle 2009

"This was the first year my son attended the camp and by the end he really enjoyed it.  He had a good time with the other kids and has continued to talk about the things he learned from the different coaches. This camp provides great values, quality coaching, and a whole lotta fun.    My son was grouped with Coach V. and Coach G. who are great!  I couldn’t have asked for a greater pair of coaches for my son.  Before camp, William played t ball, he could stop balls here and there, really couldn’t catch a ball, and would stand around not paying attention like he had better things to do.  At camp, I watched him make catches, stop line drives, pay attention, and make a few plays.  This camp is wonderful and has been a confidence builder for my son.   Thank you to the staff and a huge thanks to Coach V. and Coach G.,  Willie will be back next year." J.B. 2009 Puyallup South Hill

"Over and above the core baseball skills that M. picked up during the week,

I wanted to drop you a big THANK YOU note! He has loved everyminute of

it and has learned so many things that he'll be able to use in play. We look

organized Camp!! My kids came home smiling from the practice every time.

We appreciate the fun way that you're sharing your skills C.H. and Family"

"I wanted to let you know how wonderful of an experience my son had at camp this week. Not only did he learn a lot of great skills, he now Loves the game and is already talking about next summer!" J.G.Federal Way 2008

"Thanks for a great week of baseball camp. Our boys attended the Puyallup sessions at Heritage Park and had a great time The B. Family"  Puyallup South Hill 2012

"I wanted to offer my most sincere compliments to the staff that ran the camp as well as the organization as a whole. The structure of the daily activities was clearly well organized and geared towards maximum activity for kids. J.S"  Tacoma Cirque Park 2012

" J. & C. are so excited to come to camp again this summer. C. is the youngest on her fastpitch team but has grown so much since camplast summer."Fondly- J.K. Seattle 2011

"I am so grateful that we found this camp and look forward to a few more years of attending them." Sincerely J.C. Puyallup 2012

"For what it's worth, M. stated that this was the 'best camp' ever attended and inquired if there were any more in the future. J.S."  Tacoma 2012

"Hey Guys, Always a great camp see you next yearB.D."Seattle 2004

"Your coaches did a great jobkeeping the kids attention, teaching them respect, keeping things organized and under control all in a very positive way ! J.G."  Federal Way 2008

"Annie had a great time this week. Thanks! Here's to all the ball girls and thanks for including girls in your camps. I really appreciate it. P.V." Sumner 2008

"We did the Greenlake Camp, it was AWESOME! Thanks!"Seattle

Scroll through some of the unsolicited comments we have received over the years. We are very proud of ourhigh camper return rate at Grand Slam Baseball Camp and Softball Camp!

"Thank you all so much! A. has really enjoyed himself.  We are very
excited for the next camp. All the coaches are great!"
Thanks again!  L.M. -Lacey 2015​

"Thank you from one really appreciative mom. My son Tristen can't stop talking about the wonderful experience he had at this years camp. I really want to say thank you to all the staff for providing my son amost memorable week in this young ball players life. He has acquired so many new skills that will help meet his future goals in the game of baseball as well as the confidence to achieve them.All of you provide such a wonderful gift to all these little ball players that really is something to be proud of. I appreciate all the young men who dedicate their summer to making my son's experience such a special one. He admires you all, and strives to be as good some day.So thank you again for giving my son such a awesome week that he will be reliving for many more days to come.Sincerely, One grateful mom!" S.H. Lynnwood 2006